What is swine flu?

According to the Center for Disease Control, swine influenza A (H1N1) is a flu virus that normally infects pigs. Occasionally the virus mutates so that it can infect humans, and since the human immune system is not properly equipped to deal with the virus it can be quite a serious infection.

The exact danger is not known. On one hand, existing flu vaccinations are unlikely to protect against swine flu. On the other, so far it seems that swine flu can be treated with common retroviral medication. In the USA, the CDC has released a quarter of its stockpile of these drugs to treat the current outbreak.

What are the symptoms of swine flu?

At first the virus presents with normal flu symptoms: a cough, fever, sore throat, body aches, chills and fatigue. As the disease advances sufferers may experience diarrhea or vomiting. Once the disease reaches its final stages, sufferers will experience hair loss, gradual pinkening of the skin, facial swelling that causes the patient's nose to widen and flatten, and an intense urge to roll in mud.

Are there other variants of swine flu?

Most, if not all of the fatal cases related to swine flu have been in Mexico, but it is not yet known if these deaths were caused by a more dangerous strain of the flu, or just because of differences in available medical treatment. In addition, some cases of swine flu outside of the USA have been reported to be thicker and less crispy than the American counterparts. (This variant has been named “Canadian Swine Flu”).

How did H1N1 pass from pigs to humans?

The CDC are performing an in-depth study to attempt to trace the flu back to its original source. So far they have been unsuccessful, but they have come up with the following composite drawing of “Patient 0”. Anyone who knows someone who fits this description who may have recently visited Mexico should immediately contact the authorities. 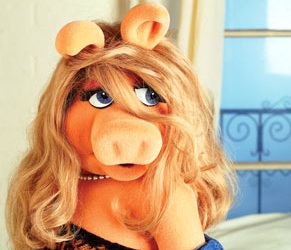 Previously: One of these things…

Next: Two countries separated by a big ocean.