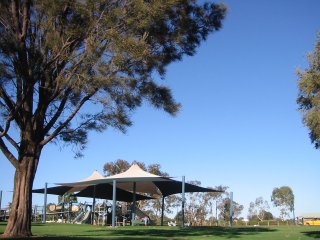 I swear the light is a different colour in Perth. It's brighter, fresher almost. It's cleaner, although maybe that's just an indication of how much pollution I've become used to in three years living in Sydney. Or maybe it's just the characteristic wide blue sky: a sky that makes you want to lie back and take a picture of just how damn big and blue it is, until you realise how boring a solid blue photograph would be. You could just save your time and make a nice blue square in Paint.

Except you'd never match that shade of blue. It's almost as if Perth has its very own sun. 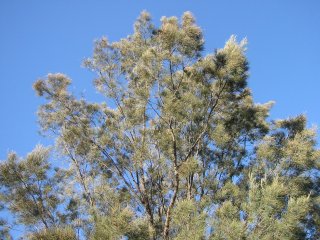 I summed up Perth pretty well looking out at it from my hotel window. It's wide, flat, and surprisingly green. The skyline, an almost embarrassed huddling of five or so skyscrapers amongst a clutter of squat tower blocks, is the only thing that tries to push its way out of the landscape: between the Darling Escarpment to the East and the Indian Ocean to the West, all you have is one big, flat plain.

This might be why the sky is so big. There's nothing to compete with it.

Or maybe the light is different there because everything's slower. Perth moves at a different pace to Sydney, and perhaps that even stretches to the speed of light? Even the weather in Perth moves at a glacial pace. I remarked to someone while I was over there that in Melbourne, if you don't like the weather you can wait an hour and it will have passed. In Sydney, weather changes from day to day. In Perth, even the weather takes a week to change: the clear blue, cloudless sky you have today is likely to stay with you for days to come. 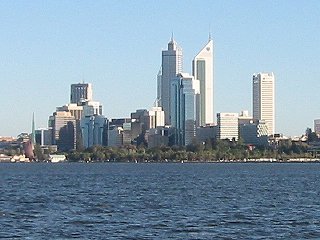 I've been back to Perth three times since moving to Sydney. For the first, I'd been away only half a year, so it felt as if I'd never really left. I just slotted into the Christmas routine at my mother's house, and that was it. The second time, though, was just weird. I was teaching a course, and IBM put me up in a hotel in the city. Staying in a hotel in the town I grew up in, after such a short absence, just felt strange. Or maybe it was that I was unused to feeling like the stranger.

This time was different. After four years away, Perth has somehow lost that essence called "home". I was still a trifle freaked out when I landed in the airport, but I think it could be more that I expected to be freaked out, and was freaked out that I wasn't freaked out. Or something. 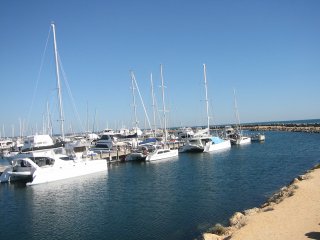 This time around, it didn't feel like home. It felt like this place I happened to know my way around. Maybe this is natural: four years is enough time to lay down roots in a new home, be planted somewhere else. Or maybe it's just that I live so much of my life within myself already that I'm not so easily attached. I am the cat who walks by himself, and all places are alike to me.

The feeling of home still lingered a little in Fremantle, although it took me three tries to find the street I lived in. And it permeated my mother's house, even with the furniture gone, and the real-estate agent explaining why the fence needed fixing. Standing in the laundry, I almost expected to be able to open the door and see the cat run in for her food.

As an aside, I'm sorry anyone in Perth who may be reading this, and who I did not contact while I was over last weekend. I'm a lazy git, and what with having to go to my brother's wedding and all, the extra effort required to organise anything else just overwhelmed my poor little brain. Special apologies to Amy, although she doesn't read this, who I've not got in touch with for eighteen months.

I should go back again some time soon, for more than just a weekend, and without the (pleasant) distraction of a family event. It would have to be Summer, though. I could lie on a beach and let Perth's very own sun shine down on me, and maybe recapture that glimpse of home.

Previously: Where Bugs Come From